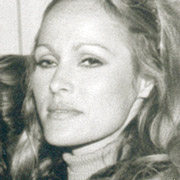 Swiss-born actress is best known for playing Honey Ryder in Dr No and for films like She, Casino Royale and Clash of the Titans. In an edition of the Detroit Press (1965) the journalist mentioned “We went in to dinner and Miss Andress said she was five feet, five inches tall and that her other statistics were 36½-22-35”.

Andress, Ursula Ursula Andress has a net worth of $25 million as a Swiss-American actress and sex symbol. Throughout her career, she was known as a “Bond girl” because she appeared in the very first James Bond film, Dr. No.$25 million in net worthSwitzerland is my nationality.

Below is the chart showing the comparison of Ursula Andress's height with other similar heights. The selected celebrities for comparison include Rachele Brooke Smith, Al Leong, Sid James, Jamie Bell.