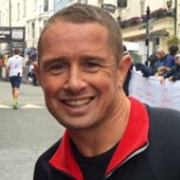 Welsh Rugby Union player, who played for Ospreys and was capped 87 times for his national side. On twitter he mentioned his real height, saying “I’m 5’6″ but always say 5’7″”.

Below is the chart showing the comparison of Shane Williams's height with other similar heights. The selected celebrities for comparison include Kelli McCarty, Ice Cube, Jessica Tyler, Jim Kerr.