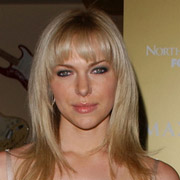 American actress best known for appearing on tv series That 70’s Show, Orange is the New Black and films such as Slackers. On twitter she once commented on her tall stature, saying she measured “5’10 with out heels”.

Laura Prepon was born on March 7, 1980.
In 1998, she sent in an audition tape for an upcoming Fox sitcom called That ’70s Show and landed the part of Donna.
The popular Emmy Award-winning sitcom, which also sparked the careers of Ashton Kutcher and Mila Kunis, made Prepon a household name among TV fans.

Below is the chart showing the comparison of Laura Prepon's height with other similar heights. The selected celebrities for comparison include Fredric Lehne, Connie Francis, Holly Aird, Christopher Jackson.