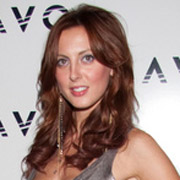 American actress is best known for roles in Saved! and The Banger Sisters. In 2002 a paper described her as “Standing over 5 feet, 9 inches these days”.

Eva Amurri, a Brown University graduate, landed her first major role in the 2002 film “The Banger Sisters.” In the years since, she has appeared in films such as “The Education of Charlie Banks,” “Middle of Nowhere, That’s My Boy,” and “Mothers and Daughters.”Eva made a name for herself as Diana Lockhart in an episode of “Friends” in 2001. TV shows featuring her include “How I Met Your Mother (HIMYM),” “New Girl,” “The Mindy Project,” and “The Secret Life of Marilyn Monroe.”Eva Amurri has a net worth of $5 million, according to Celebritynetworth.com.

Below is the chart showing the comparison of Eva Amurri Martino's height with other similar heights. The selected celebrities for comparison include Reid Carolin, Evangeline Lilly, Vicki Butler-Henderson, Traylor Howard.