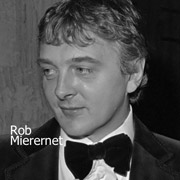 English actor best remembered for roles in films such as Blow Up, Deep Red, Alfred the Great, Camelot, Gangs of New York, Gladiator and Juggernaut.

He co-founded the Hemdale Film Corporation in 1967.

Below is the chart showing the comparison of David Hemmings's height with other similar heights. The selected celebrities for comparison include Ashley Roberts, Ed Asner, Neil Stuke, Khalid.